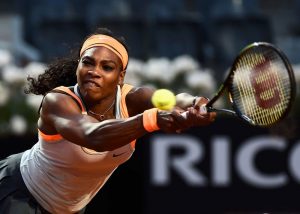 There has been a lot of talk from fans and critics about Serena Williams body. Although, the sports athlete is a gold medalist and has her own successful fashion label, however she has had to learn to maintain a positive body image to handle the bad comments about her figure.

The sports star was asked about loving one’s body on THE FADER’s latest issue. She said that people have been talking about her figure and they have a lot of good and negative comments. However, she believes that everyone has their right to their own opinions and she tries her best to concentrate on how she feels about her body.

She went on to say that she wants to be a role model for young girls and help them feel confident in their own skin. She also believes that it all starts with loving yourself before anyone can love you.

Serena has always noticed that her physique was not as lean as other athletes in her sport. However, she now feels that peoples mindsets are changing and they are more accepting of women with curves.

To celebrate the sports stars success; she was given the title of Sports Illustrated’s – Sports Person of the Year in 2015. This was a very special cover for Serena and she was honored to be on the cover. She said “The cover I thought was really amazing. It just captured everything.”