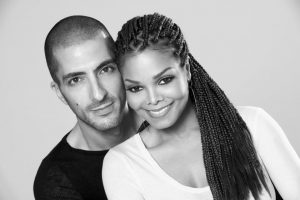 The 50-year-old, singer Janet Jackson, had her first child 3 months ago.

Jackson who has always wanted to be a mom finally took steps to conceive. She enlisted the very best doctors to help her get pregnant and guide her through her pregnancy. According to her doctors, the singer had a healthy, stress-free delivery.

The singer has had very little public appearances after giving birth to her son Eissa Al Mana. The only photo she posted was a picture of her and her baby boy after both of them had taken a nap. The picture shows the mom hugging her little boy as he yawns to the camera.

A source says that the star was lucky to have a healthy pregnancy with no issues, although she is over 50 years of age. The pregnancy and taking care of a newborn has been stressful, but the singer has a lot of help to assist her through this time. The source also goes on to say that the star is trying to get her strength back and is feeling a lot more like herself.

Janet’s and her husband Wissam have decided to divorce after the birth. Sources say that the main reason for the separation is because they are both very busy and rarely have time for one another. However, the pair is determined to be good, responsible parents to their son. Eissa will remain with the singer and they will reside in London.