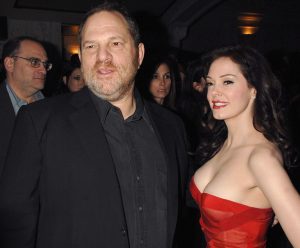 Rose McGowan, who has recently been openly speaking out about the sexual harassment and assault she had to undergo by Harvey Weinstein, is in another kind of trouble.

The Charmed star has been charged with felony drug possession. The warrant was a result of an investigation in January where police had checked the actresses personal belongings on a United flight. The investigation also followed a test that at the Washington Dulles International Airport, where police said McGowan’s belongings tested positive for narcotics. The warrant was obtained by the Metropolitan Washington Airport Authority Police Department in February this year.

Following the warrant, police have tried to contact McGowen to have her appear at the Loudoun County, Va. Court. The warrant has now been submitted to the national law enforcement database.

McGowan was recently mentioned in an expose by the The New York Times. The expose detailed that the actress was paid $100,000 by Weinstein to remain silent after an incident in a hotel room during the Sundance Festival. The actress has also accused Weinstein of rape in a tweet. But The New York Times did not state that she was raped in the expose.

Weinstein’s lawyer Charles J. Harder told the press that the allegations were false and defamatory. He went on to say that any allegations of non-consensual sex are denied by Weinstein.