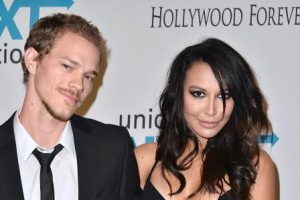 The Glee star, Naya Rivera was arrested on a misdemeanor for domestic battery after an alleged altercation with her husband, Ryan Dorsey.

The police at Kanawha County Sheriff’s Office responded to a call about domestic violence at a residence in Chesapeake, West Virginia. Dorsey told the police over the phone that Rivera struck him in the head and face. The officer who visited the home said he saw injuries consistent with Dorsey’s statement. Dorsey also showed police a video that showed Rivera during an incident, which supported his claims.

Dorsey said that the incident happened when the couple were taking their two-year-old son for a walk down the street.

Rivera was soon arrested on a domestic battery charge and was arraigned in court, and released on the same day.

A reporter who videoed the arraignment posted a very teary Rivera in front of the judge on social media.

After the incident, Rivera’s father-in-law paid the bond and took the star home. If the star is convicted, she can be sentenced to one year in prison plus a $500 fine.

The couple who have been married for three years have been having trouble and have considered a divorce. The 30-year-old star said that she would be divorcing Dorsey, but then changed her mind and filed a request for dismissal of the divorce papers.

However, it seems that the couple are working through their issues, as Rivera posted a picture on Thanksgiving weekend of a happy smiling couple. The actress captioned the photo as “Josey is the cutest!! #joseyhollisdorsey #nayarivera #ryandorsey #thanksgiving.”