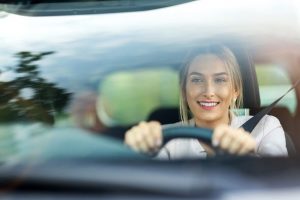 Any doctor who believes that it is no longer safe for you to drive can report you to the DMV. This kind of report is called a Confidential Morbidity Report. Once this report is received, the DMV will investigate and examine the person. Occasionally all that will be done is they will be sent a Driver Medical Evaluation Form for their doctor to fill out.

According to the laws of the DMV no doctor who reports a patient is allowed to be sued, even if they were wrong and the person’s driving was not affected. On the other hand, any doctor who is aware that their patient’s vision has been impaired and who does not report this can be sued by the patient should this cause an accident, as well as anyone else who got injured because of them.

Other parties besides doctors can also report a person to the DMV. This can include but is not limited to: police officers, friends, or family members. This Confidential Morbidity Report may not be filed anonymously, however, the person who is accused may not be told who filed it.

This article was sent to us by Delta Driving School. They are a Driving School in La Crescenta & La Canada CA and neighboring cities. Make sure to contact them if you are looking for a driving school in that are