Article written by We Review Websites

The actress has always been very honest about her life and motherhood is no exception. The star who is a mother to 21 month old Wyatt and with baby number 2 on the way, she spoke on a few aspects of raising a child.

1. On breastfeeding in public: “It didn’t matter to me what other people thought. That’s what I chose to do, but I think it’s unfortunate that people are so hard on women who choose to do it and do it in public. In the States and in our culture, we sexualize the breast so much that there’s an aspect of it that people just don’t know 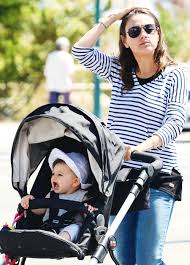 how to wrap their head around the idea of showing your breast in public. But I respect the opinions on both sides. If it’s not for you, don’t look.

On asking for help: “I think before my parents were raising my brother and I, everything had to go perfectly. Nowadays, if s–t’s going wrong and I call my best friend and I’m like, ‘I don’t know, this color is coming out of her nose and I’m pretty sure she’s dying.’ And it’s okay to do that now, but I don’t know if it necessarily was okay before”

On learning about kids: “Children are f—ing crazy. They’re also suicidal. Like, at the park, certain jungle gyms have an opening for older kids to jump out of. She’s 19 months; she can’t jump. She just walks off it as if she’s on a pirate ship.”