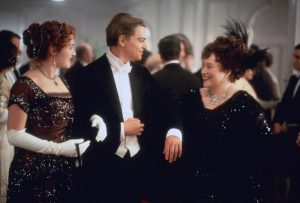 James Cameron, the director of “Titanic,” is the man who made the most expensive movie to ever come out of Hollywood. Although it became a worldwide sensation, he did not forget the struggles they all faced during the early filming days. Peter Chernin, the president and COO of News Corp., the parent firm of 20th Century Fox, remembered just hoping that they could break even with the entire project.

One of the biggest effects of the film was its effect on project budgets. After seeing “Titanic” rake in several hundreds of millions at the box office, and after it was nominated for several awards, other filmmakers also started to make expensive movies. Films were getting so expensive that projects costing $100 million were seen as a steal. It is worth emphasizing, however, that if the movie did not become such a hit, others in the film industry would not have been as open to making films with massive budgets.

Throughout the filming process of “Titanic,” Chernin and others heavily invested in the project were thinking about worst-case scenarios. Even though investing a record-breaking amount of money in “Titanic” was risky, there is a big lesson to be learned: spending more money on a project will not necessarily lead to a better movie.

There were several things that made “Titanic” such a special movie. The historically rich event, the fascinating effects, the beautiful love story, and the chemistry between the actors all played a huge role in making the film something amazing. James Cameron took his time to carefully craft a cohesive project that people could fall in love with.

Bio: Herb Kimble is an entrepreneur in sales and marketing, and was an accomplished child actor in his hometown of Chicago. Herb Kimble is a co-founder of CineFocus Productions, and is launching Urban Flix soon as an inclusive streaming company from his Los Angeles studio.